Axel Wolf is one of the foremost lutenists of the present day. He has guested throughout the world with such musical celebrities as Dorothee Oberlinger, Irvine Arditti, Valer Sabadus, Stefan Temmingh, Sebastian Hess, Sergio Azzolini, Rüdiger Lotter and Joel Frederiksen. Concert tours have taken him to international festival including Lucerne, Bruges, Utrecht and Edinburgh, to Rome, Tokyo, Sydney and New York. He has appeared with formations including Musica Fiata, the United Continuo Ensemble, the Freiburg Baroque Orchestra, the Orchestra of the Age of Enlightenment and The English Concert, London.

Besides historical performance practice, he focuses in the duo “Flow” with the saxophonist Hugo Siegmeth on an encounter with jazz, Baroque and Renaissance, also free improvisation. This partnership yielded the CD Flow. Jazz and Renaissance from Italy to Brazil, which has been presented on ARD Alpha (German TV) and on other radio programmes. The CD NOW – Jazz & Renaissance Improvisations released in 2018 received the award of the German Record Critics (Deutsche Schallplattenkritik) and the Opus Klassik award.

Axel Wolf composed and produced the music for the documentary film Sonbol. He has worked in diverse television productions by Bavarian Radio, West German Radio and Radio Bremen.

The CD Requiem for a Pink Moon with Joel Frederiksen and the Phoenix Munich ensemble  was distinguished with an Echo Klassik award in the category “Classical Unlimited”. He has worked in opera, concert and CD productions with conductors including Ivor Bolton, Peter Schreier, Alan Curtis, Enoch zu Guttenberg and Joshua Rifkin.

Besides many CD productions as continuo player he has also performed on solo CDs, including Friends of the Lute with solo and chamber music by Bach, Weiss and Baron, Opera for Lute with music by Hasse, also Ciacona with music for lute and chitarrone by Alessandro Piccinini, accompanied by the United Continuo Ensemble. 2021 marks his first guest appearance at the Bayreuth Baroque Opera Festival. 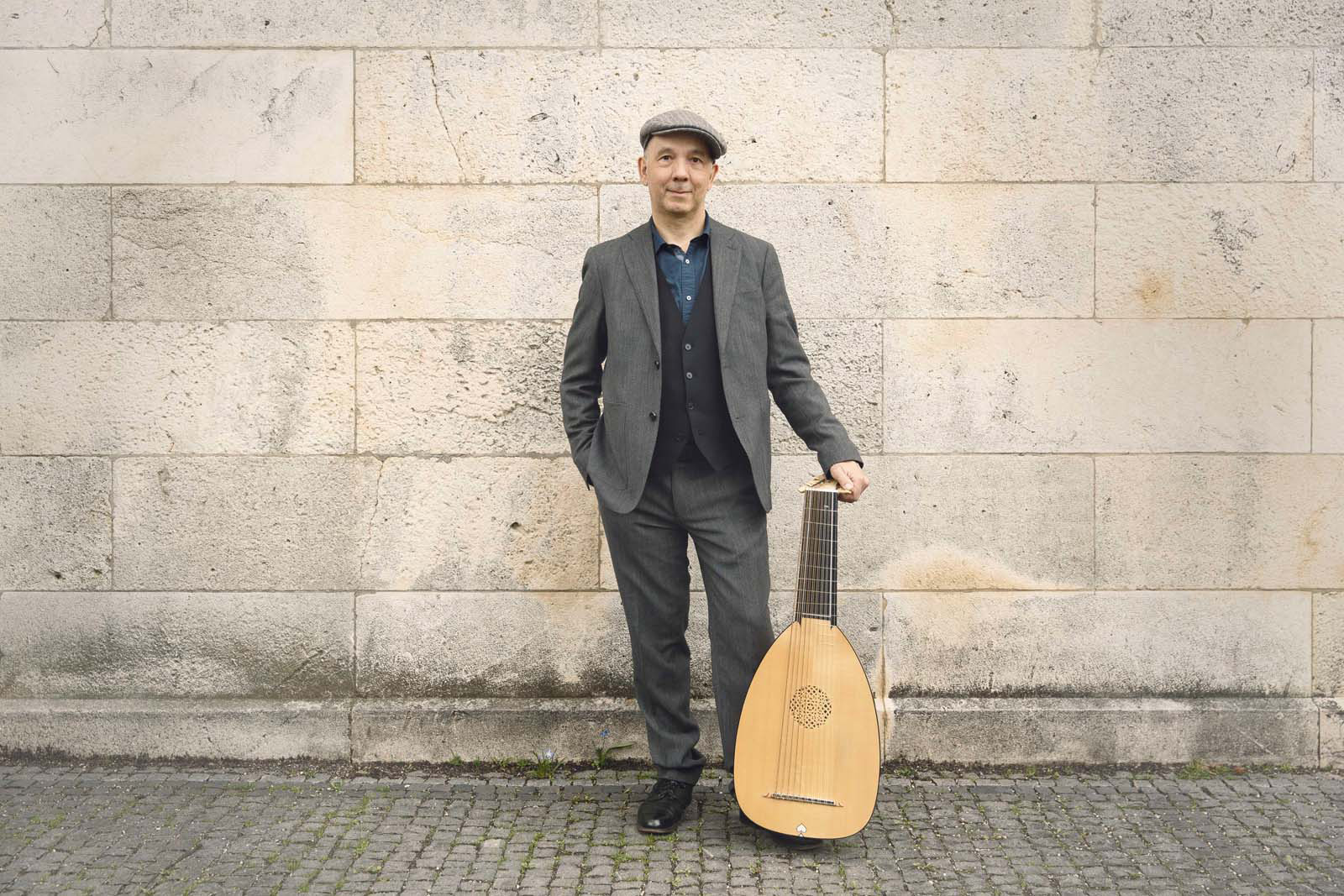 The Margravine’s House and Court Music